Duo gives Zimbabwe Women some solace after another loss 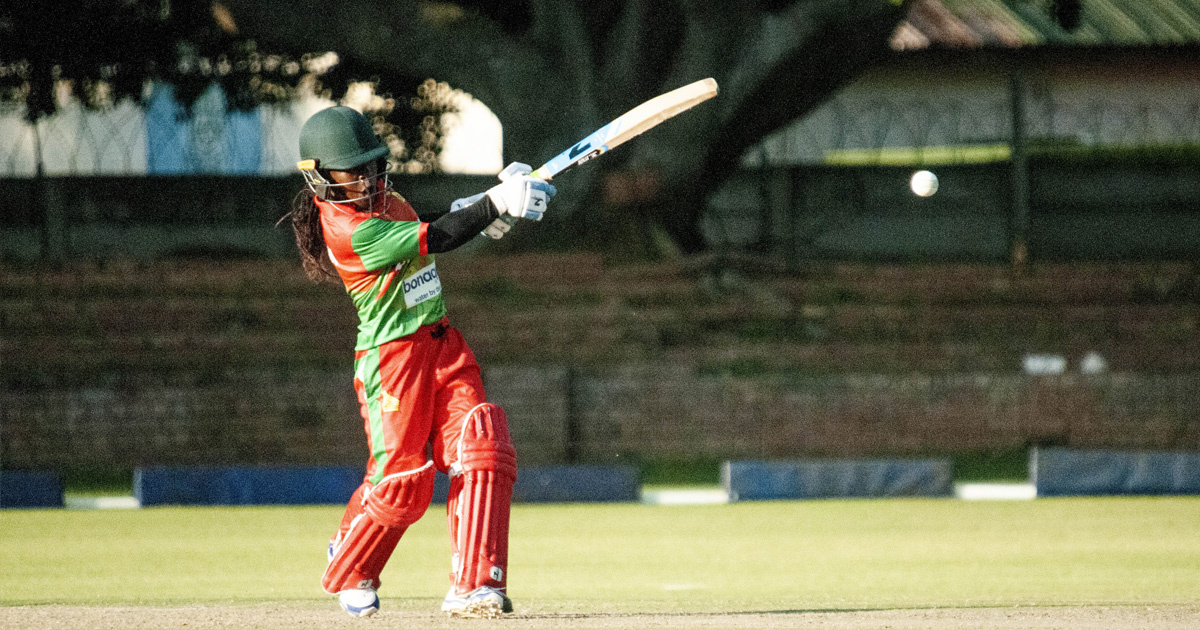 Zimbabwe Women were left to draw some solace from the magnificent half-centuries scored by Modester Mupachikwa and Josephine Nkomo after they went down to South Africa Emerging Women by 90 runs in the second one-dayer played at Queens Sports Club in Bulawayo on Thursday.

The duo’s 124-run stand for the fourth wicket was the major highlight of the home side’s innings as they attempted to chase down a mammoth target of 298 for victory.

Nkomo was dismissed for 60, while Mupachikwa carried her bat to finish with an unbeaten 95, unfortunate not to get a century that her effort fully deserved.

However, as in the first game, the tourists’ captain, Andrie Steyn, made the difference as she scored another century – this time round 135 not out – that powered her side to 297 for five in their 50 overs.

After winning the toss, the South African side opted to bat first and they had the home side’s bowlers toiling without success as Steyn and Tazmin Brits put up an opening stand of 129.

The pair was only separated in the 20th over when Brits was caught by Audrey Mazvishaya off a delivery from Nomvelo Sibanda, having done the damage with a blistering 84 that came off 59 balls and included 13 fours.

Just a ball after Steyn brought up her 50, off 67 deliveries, in the 25th over, South Africa Emerging Women were reduced to 153 for two when Mazvishaya bowled Robyn Searle for 17. At 193 in the 33rd over, Nondumiso Shangase became their third wicket to fall after Loryn Phiri had her caught by Mazvishaya for nine.

Steyn and Annerie Dercksen took the team total past 200 and continued to pile on the runs until the 43rd over when the latter was caught by Tasmeen Granger off a Nkomo delivery, having contributed 18 runs off 31 balls; 243 for four.

Delmi Tucker chipped in with 22 before she was run out, leaving her side on 290 for five with only eight deliveries to go. Steyn finished off the innings in style, hitting a boundary to take her individual score to 135 not out, a brilliant 142-ball knock that included 11 fours.

Zimbabwe Women’s chase got off to a disastrous start as they lost Chiedza Dhururu (0), Pellagia Mujaji (4) and Christabel Chatonzwa (9) within the opening 10 overs, with a total of only 25 runs on the board.

Then came the fighting partnership that gave the hosts some hope, as Mupachikwa and Nkomo added 124 runs for the fourth wicket – unfortunately, the required run rate had kept going up.

When Nkomo eventually fell for a splendid 60, with seven fours, after she was caught at the wicket having faced 100 deliveries, Zimbabwe Women now needed 149 runs from 58 balls, at about 15 an over.

Precious Marange came in and after initially struggling to get going she, in typical fashion, smacked the game’s only six before she was run out for 18 off 20 deliveries; 190 for five with 47 overs gone.

Nyasha Gwanzura (4) and Phiri (1) fell in quick succession, with Granger (1*) going in for the last four balls of the game. The brilliant Mupachikwa was left stranded on 95 not out, as Zimbabwe Women could only amass 207 runs for five wickets, suffering a 90-run defeat.

In carrying her bat, she had faced 130 deliveries and smashed seven boundaries. 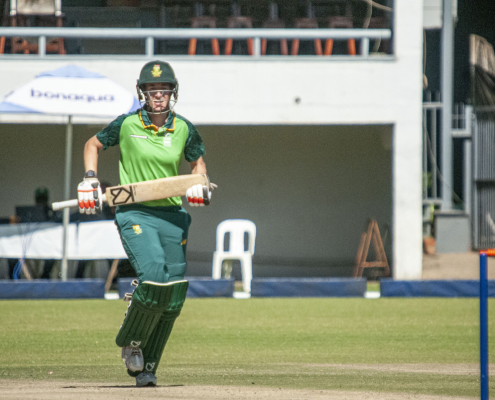 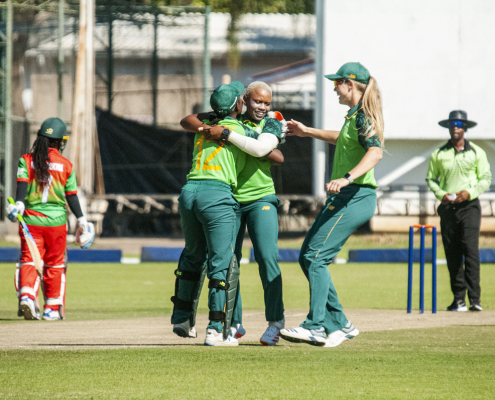 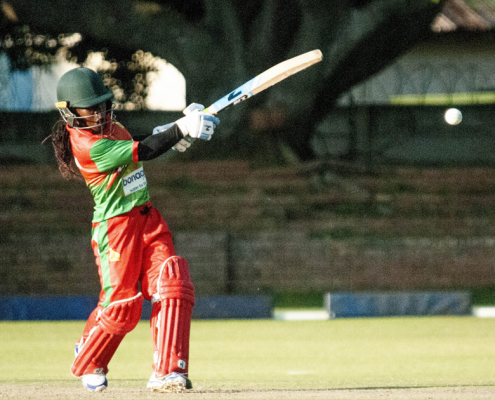